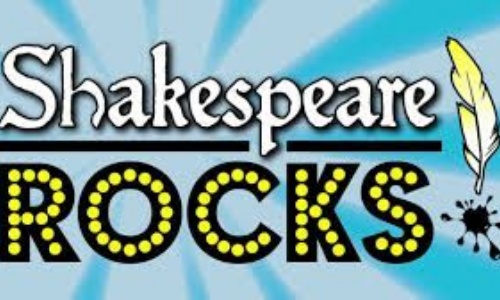 We are delighted to announce that our Key Stage 2 Summer Show will be "Shakespeare Rocks!"

On Tuesday, 12th and Wednesday, 13th July 2016  we will celebrate 400 years of Shakespeare's creative legacy with style!

Aubrey, The Rough Shakespeare Company's pretentious director, obtains what appears to be William Shakespeare's lost diary. Along with Al, his down to earth assistant, the pair decide to embark on an exclusive adaption of the flamboyant Bard's personal journal.

"Shakespeare Rocks!" is a fresh, funny and up to date look at the life and times of William Shakespeare, with a cast of hilarious historical characters, amusing glimpses into some of his works and how he came 'To Be'.

The songs are exciting, modern and full of energy. They include everything you would want children to know about Shakespeare and the Elizabethan era but, are so 'cool' that they are not only informative, they are guaranteed to enthuse pupils, parents and teachers alike!