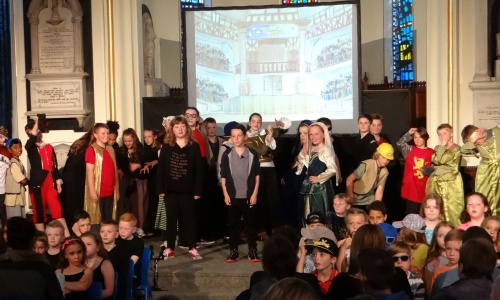 The show took a tongue-in-cheek look at the life of William Shakespeare in the year that commemorates the 400th anniversary of his death.

The children enjoyed every minute of the songs and dances telling their tale. There were many lovely comments and compliments paid by audience members after the show. "Best one yet!"